The Sex Toy industry has pretty much a bad name for itself - too many toys that look like a great idea but actually suck real bad. Compound that with most user's who are new and have no idea how to use their toys properly, customers often find themselves poorer, and stuck with something that doesn't work for them. Having a store and listening to Singaporean ladies and guys talk about their experiences for over 12 years now, we kind of have an idea on what generally works, and what doesn't.

Plus our favourite bunch of girls always check in occasionally, even if they aren't making a purchase they do swing by for a chat and bring some of her girlfriends over. It's conversations that happen when they come that we get our best advise from customers - so we can let others know what really really works and what are the myths to be avoided. 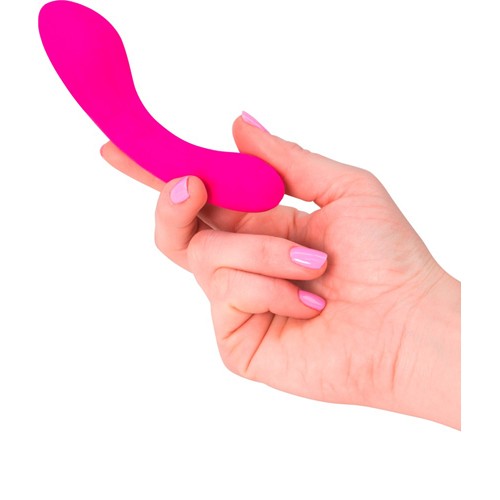 Tango is compact. Really small like the size of a lipstick - so small that she could just slip it inside her and leave it on all day. It's also widely known that Tango packs a crazy powerful punch. You could do a google search and you will find glowing reviews of Tango all over. The best part is it is USB charged. You can just plug the charger into your phone charging socket with the charging cable provided. If you have done your research you would also know that Tango suffered an issue with the charger a few years back, it caused alot of problems with Tango as it couldn't be charged well. We-Vibe has fixed this issue with the New Version, so make sure if you are buying it you get only the new ones - not the older versions that has been stuck in a warehouse for 3 years. 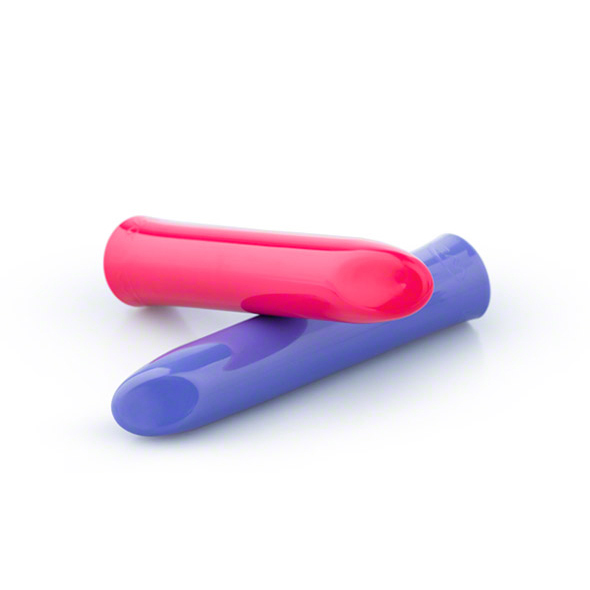 Mimi Soft is simply quite amazing. It's insanely powerful, velvet smooth to touch and extra squishy. It has a soft silicone surface that is extra gentle. USB charged and waterproof the Mimi Soft is a no-brainer. No matter what, this one makes a wonderful gift if you can't decide or don't know what your partner wants. As an extra touch, all JeJoue products come beautifully packaged. Mimi soft is much loved by many ladies all over - go ahead...we dare you to google "mimi soft" and see how many people love it. If you are looking for something small, powerful with a soft touch this is it. Touch by We-vibe - Built with a silky smooth coating, the Touch is one of the most comfortable and ergonomic external vibrators there is. Highly recommended especially for beginners. It also has a pointy tip that can be focused on sensitive areas. 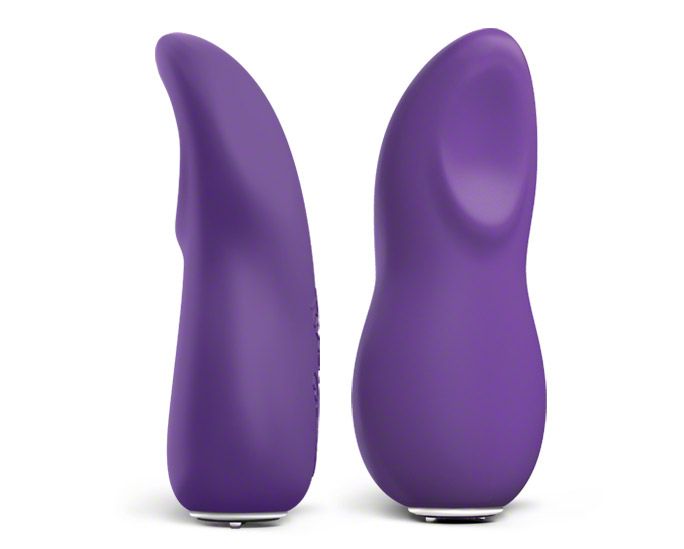 Rabbits can be cheeky - they now can thrust back and forth and swirl about at the tip inside you. It's pretty damned amazing.

FunFactory Stronic G Slim is perhaps the only damned toy in the world to slide in and out of you magically land silently like the real thing. 50% science and 50% kink, this crazy toy has a powerful magnetic rail inside that makes the entire shaft thrust back and forth. It feels very natural unlike those old-school thrusting vibrators that has just the head pop up and down and breakdown in 2 weeks. This one solved the mechanical wear on thrusting motors by introducing magnetic technology inside. Like a railgun, only that it makes love and not war. A pronounced tip rubs against your G-spot silently, and effortlessly for an hour or more. Want a rabbit but don't like something too thick? We know it's really hard to find a tiny rabbit that works. Most are pretty crappy in terms of vibration power once you downsize them.

Silver Swan is our highest recommendation and an excellent start with a shaft that doesn't go too thick, with a ticklish ear at the base. This rabbit has a flexible shaft and ears that flexes with your body shape, making it extremely comfortable and versatile among many body shapes. The motors on the Silver Swan is legendary. Each motor in the main shaft and the ear are individually controlled. Very highly recommended - from beginners to advanced users for the best G-Spot stimulationt there is. 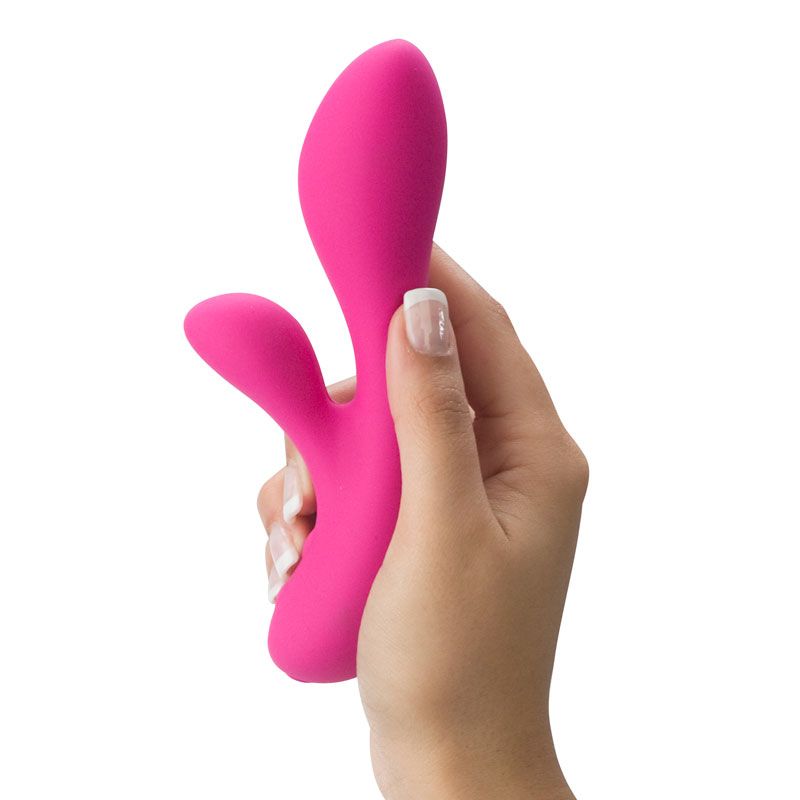 FunFactory Amorino, if there's a discription for this vibe - workhorse describes it best. A tiny one. At half the size of most rabbit vibrators she packs quite a punch with well-known FunFactory motors. USB charged, waterproof. Made in Germany - who can argue with that? It also comes with a nifty silicone band that can be detached when used for insertion. The band adds a ticklish vibrating feeling to be used externally when attached. The possibilities are endless. The special hinges also allow the sync to fit the wearer perfectly - we know other models cannot compete with how well it fits. Other brands have tried but we found other either coming off too easily or a terrible fit. We also know some cheeky folks who spin it about and put one end up the butt for variety. The App works well on latest phone models both on Android devices and Apple phones too.

The updated version, We-Vibe Chorus does come with a squeeze sensitive remote too, but the remote is now a little chunkier to get that squeeze function. Both the Sync and Chorus are essentially the same, but if you want the latest and the greatest, the Chorus is pretty fun! 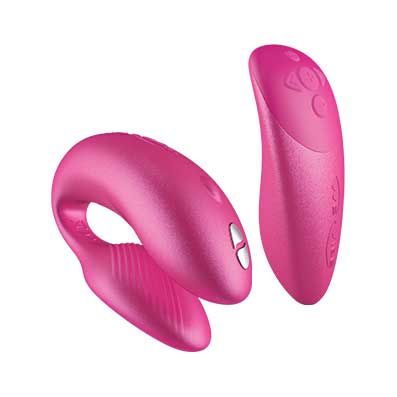 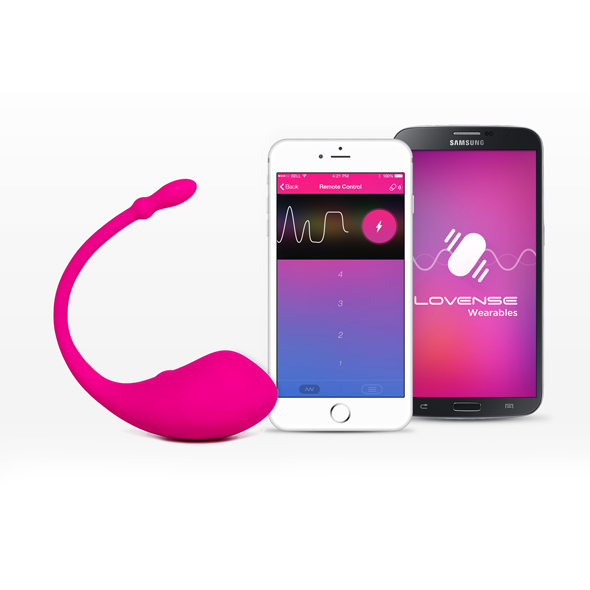 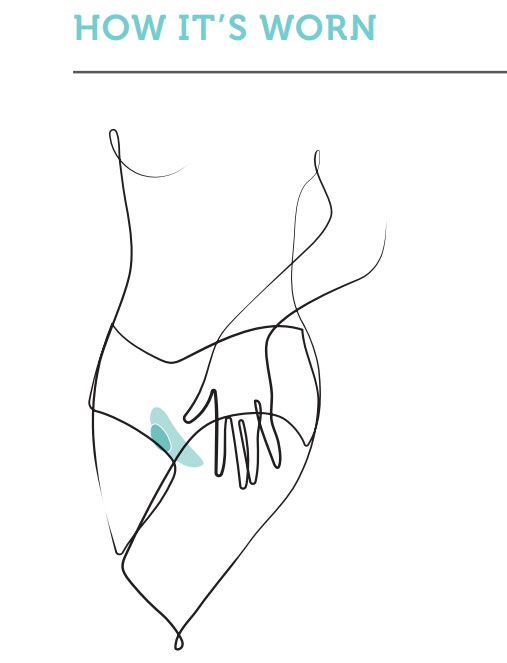 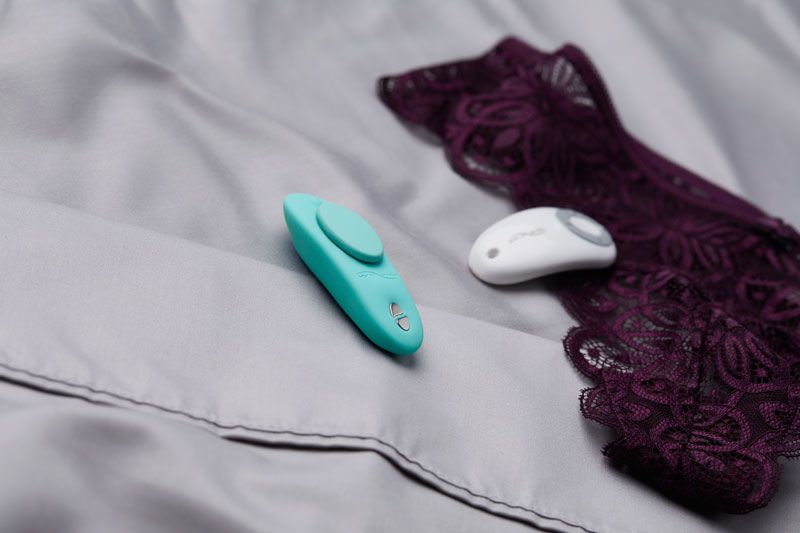 The Hitachi Magic Wand is perhaps the best thing to come out from the 70's apart from disco music and has recently been regarded as the top 50 most recognizable or influential products of the last century (google it! you know you want to). It's clunky shaft churns out an incredible amount of vibrations that reverbate across your body upon contact. Many brands have tried to recreate the sensation but have failed. Some of our customers come back and claim "orgasm in 30 seconds or your money back" - which we now use as a running joke in our store. A joke but yet there is truth to it.

There has been too much written about the Hitachi Magic Wand online, there really isn't much we can add, except that it works and comes with tiny tweaks. In this refreshed design (the old design only comes in 110v, native to US or Japan power sockets only), it comes with a 110-240v switching adaptor so now you can plug it directly into Singapore sockets without blowing the power in the entier block. They also added a lithium battery that could hold its own for about 30-60mins so you don't have to use it plugged to the wall all the time. If the battery runs out, they also thought about letting you use it while it is recharging at the same time - so you don't have to wait out another 30mins to finally get that orgasm.

We also noted that with the added lithium battery, it lost some of its hard hitting thumpth but made up for it with an incredibly much faster vibrations per minute and also has preprogrammed patterns now.

TMI: Now you know why your parents always had this clunky back massager by their night stand...ew! 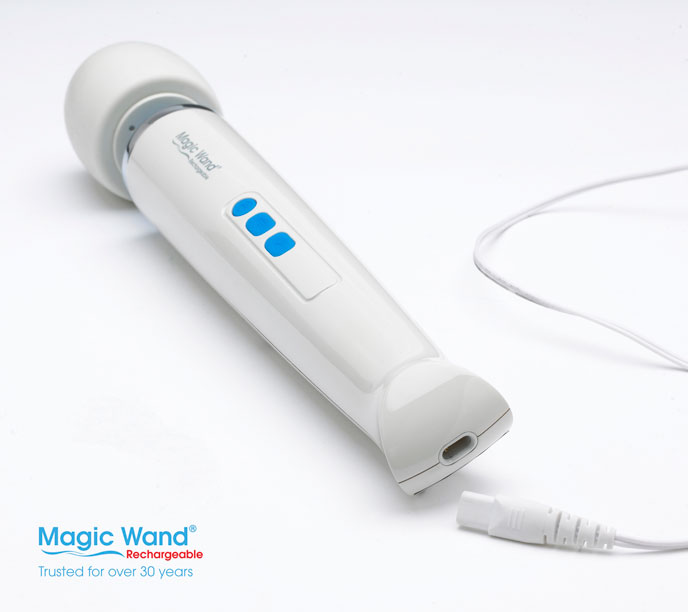 The Doxy Wand - Doxy is a new kid on the block, but has gained a cult following quickly. Made in the UK, the doxy is very sturdy and extremely reliable. Some even go so far as to call it the true successer of the original Hitachi Magic Wand. It's design leaves little to shout about but it hits like an earthquake. It IS definitely more powerful than the original corded Hitachi Magic Wand and comes in a native 240v version so it is safe to plug it directly into Singapore power sockets. There also are nifty pre-programmed patterns but we know most people dont bother with that. They just tie their partner up, set it to max and buzz them until they submit to their new lord of pleasure. The Doxy comes highly recommended. Bulky but very very effective. 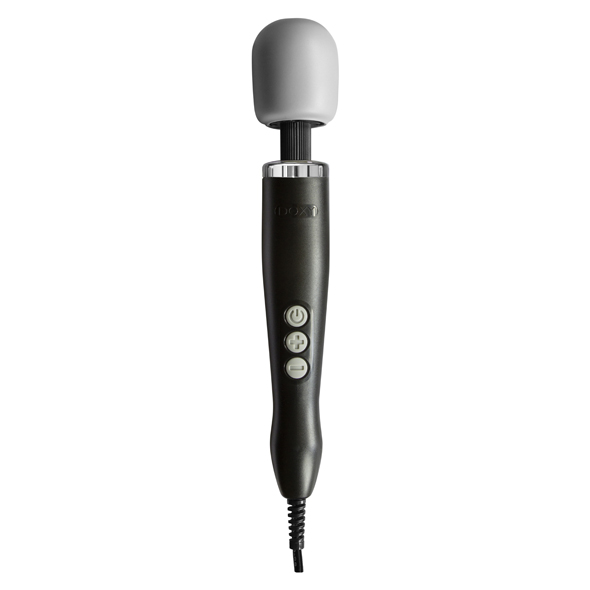 The Satisfyer Rabbit - What in the world is an air pulse toy? Yes we were wondering too when it first came out. Instead of vibrations, the air pulse devices creates a suction around the clitoris and creates pulses of gentle suction pressure. Does it work? Hell yes! We have tested air pulse devices from various brands and they are effective. Although it is very different from traditional vibration or friction based toys, air pulse toys creates an endless intense waves of pleasure. Unlike conventional vibrations that cause very intense orgasms that causes some ladies to feel sleepy or overwhelmed, air pulse lets you experience orgasm after orgasm without being overwhelmed.

The drawback is that you have to hold it still, and add a little lubrication to create a good suction seal. But with the intensity, it makes an incredible toy for use while making love or solo. One amazing plus point is that because it doesn't have friction, you can use it for a much longer time without wearing yourself out. We know users who feedback that they can be stuck to their air pulse toys for hours or until the battery dies out.

The Satisfyer Rabbit on top of having suction around the clitoris, also offers a vibrating shaft that suprisingly hits the G-spot well. Prepare to cuddle with this rabbit all night long. 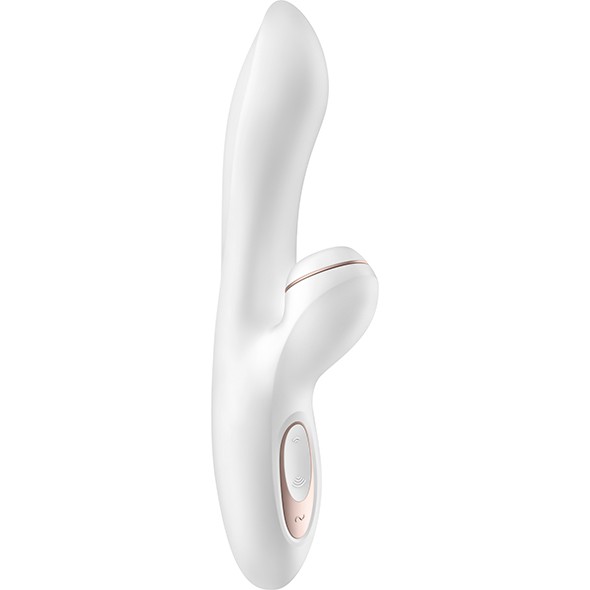 But for ladies dreaming of a fine pedigree stead that does not only rely on raw power to satisfy, the Womanizer Premium is unquestionable THE toy. What makes her shine is the smart modes that creates a unique suction flutter tickle tingle that is amazing. It's really hard to explain until you experience it. It tickles and teases and brings you there over and over again. without overwhelming you. Yes its true some girls would use this until the battery (2hours) is flat. A customer did share with us that her clitoris was enormously swollon (in a good way, because it is even more sensitive) after using it for hours.

For mommies with kids that room-in, or girls that just need that privacy this premium model is worth every cent because it is so darned quiet. Even at maximum output it is significantly more silent than competing models. A unique sensor also stops operation once it doesnt detect being pressed on your body. It's that clever! Just throw a blanket over and it won't disturb your little ones sleep. Did we also mention that because it doesnt obstruct the vagina, you could make love while using this too... 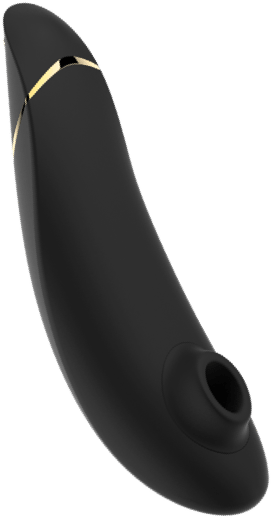